We spend too much of our day trying to cram more into it. We adopted the computer term multi-tasking and tried to apply it to our own daily activities as another step in our quest to get more done. The problem is that multi-tasking doesn’t work.

As you brush your teeth in the morning, you think about the agenda for big meeting later in the day. It doesn’t take much of your brain’s processing power anymore to brush your teeth, so your agenda planning isn’t suffering too much from having to share. But what about two tasks that require more of your brain’s capacity? You might be talking on the phone while you’re preparing breakfast. You may get both tasks done correctly, but you would have gotten both of them done better, and in less total time, if you had done them one after the other instead of at the same time.

“Chunking” describes how human memory utilizationworks. It is important to remember this concept as we look at doing several tasks “simultaneously”. We are in fact switching between them rather than doing them at the same time (although in the case of brushing your teeth it may seem like they are simultaneous).

You are on the phone when someone walks into your office. They ask for your advice or a decision. You stop listening to the person on the phone briefly, scan the note in front of you, scribble a response and go back to the phone call. You did not do the two activities (phone call and in-person conversation) at the same time. You actually did three tasks in sequence; started the phone call, had the in-person conversation, and then resumed the phone call. Just as in the breakfast example above, you could have gotten both of them done better, and in less total time, if you had done them one after the other instead at the same time. The reason is that as you begin each task you have to focus on it and get started.

The more starts and stops you make during the day, the more of these start-up moments you have. These moments are non-productive time. If you have a daily report to prepare, the start-up moment is probably pretty short compared to that for the report you only do quarterly. Still, if you are preparing that report and you get interrupted, you have almost the same length of time for start-up each time.

I can write my weekly report in about 30 minutes without any interruptions. I have had it take several hours to complete simply because my job is operational and requires that I deal with unplanned tasks a lot. The culprit was not the people who interrupted me. The culprit was the time required for start-up moments each time I re-started the report.

Some Times You Have to Multi-task

Okay, sometimes you have to multi-task. Your job may be operational like mine. So what is better than multi-tasking? Chunking is better.

Chunking is the concept of breaking up your day into larger chunks instead of reacting to each “emergency”. The more chunks of time you can devote to specific tasks, the fewer start-up moments you will have. Since you won’t be spending as much time in start-up moments, you will have more time and you will get more done. As a bonus, since you will be able to focus on the single task at hand, you will do it better.

So how can you start chunking? Start small until you get the feel of it. Pick a single task, perhaps your weekly report. Set aside the 30 minutes you know it will take. Close your door. Put up a sign that reads “Genius at work” or something like that and then concentrate on the report and nothing but the report. Ignore the phone. Don’t check email. Just write the report. After about two weeks you’ll notice how much more quickly you are able to get your report done.

Don’t waste so much of your time trying to multi-task. Instead, make yourself more efficient and more productive by chunking.

Use chunking to make yourself more focused and ultimately productive. 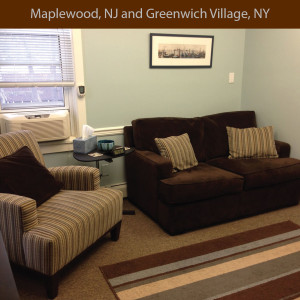